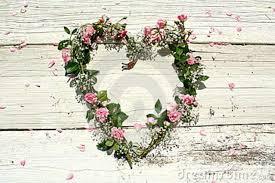 With Valentine’s Day just around the corner, Tambuzi gears up for its busiest time of year. On a personal level, we all know that Valentine’s Day means (hopefully) flowers, and declarations of love, and maybe a romantic dinner for two. For those of us who work within the flower industry, Valentine’s Day means careful planning, good marketing, and a great deal of hard work. But in actual fact, many of us do not know much of the real history behind this special day, and why it has survived as one of the most important holidays in the Roman calendar. Here are some interesting things we discovered!

This holiday’s roots are in the ancient Roman festival of Lupercalia, a fertility celebration commemorated annually on February 15th

Pope Gelasius I recast this pagan festival as a Christian feast day, circa 496, declaring February 14th to be St. Valentine’s Day.Historians are not sure which St. Valentine this early pope intended to honour with the holiday, but there were at least three early saints with the name.

It was not until much later, in the 14th century, that this Christian feast day became associated with romantic love. It is believed that the medieval author Chaucer was the first to make the link between this festival and love.

This holiday evolved over the centuries, and by the 18th century, gift-giving and exchanging of cards had become common-place, particularly in England.

On the Farm, Our Roses, The Flower World